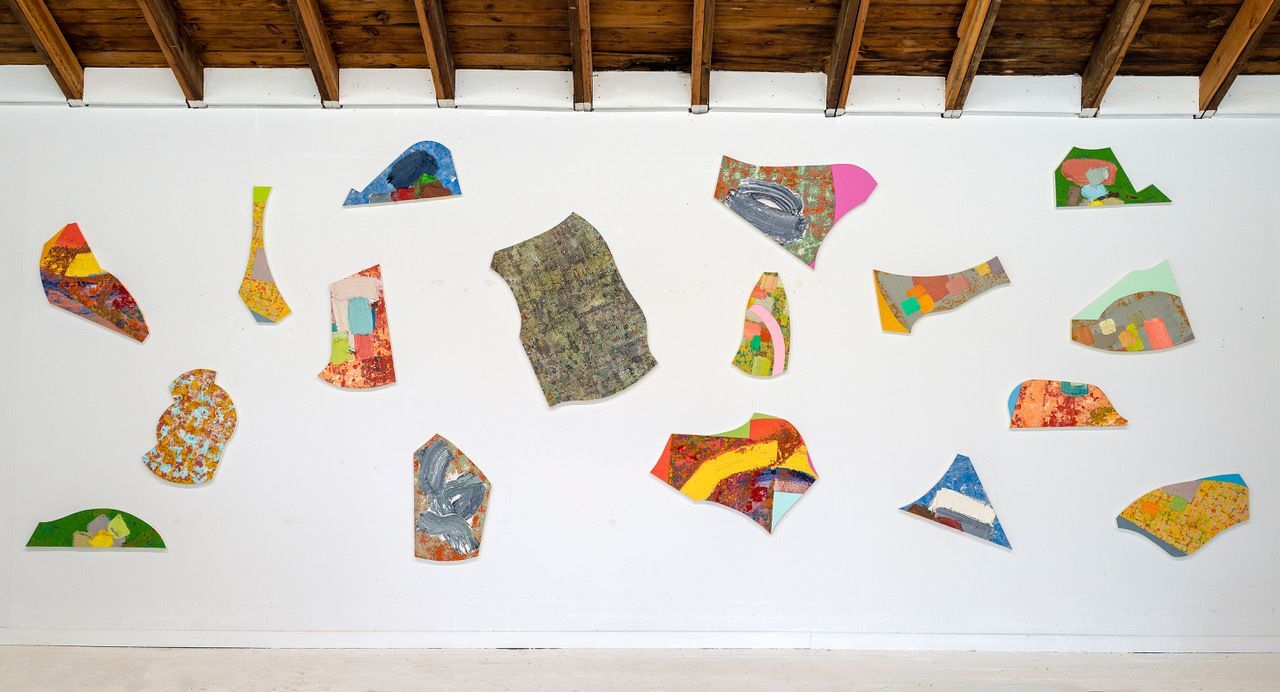 Rainer Gross creates vivid abstract paintings in which composition, hue and surface texture are mirrored across two side-by-side canvases. The left and right images share nearly identical flowing patches of acidic color or rich earth tones with heavy flakes of cracked impasto, yet there are differences in both the intensity and positioning of elements. These inexact duplications result from the artist's unique, self-devised painting technique. Starting with two canvases of equal size, Gross coats the first canvas with multiple layers of water-based pigment. After applying a thick layer of oil paint to the second canvas, he presses both together face to face and allows them to dry overnight. Gross pulls the dried surfaces apart to reveal similar imprints on each but with unpredictable areas of paint adhesion. He rotates one of the canvases 180 degrees to create a diptych of two closely interrelated images, each of which is simultaneously an original and a reflection of the other.

Gross, who is interested in the Fluxus movement and its use of chance, embraces random occurrences in the creation of his Twins series. In addition to the intrinsically unknowable outcome of his contact painting technique, Gross assigns titles for his diptychs by arbitrarily selecting names from the phone book. The paired paintings become a conceptual endeavor as the artist relinquishes full control of his process. In an interview with James Kalm in The Brooklyn Rail, Gross states, “I don’t see them as abstract. They’re real to me. There’s some kind of birthing process that goes into them. I liked the distancing, the organic randomness of nature.”

To become a sponsor or for more information on sponsorship, please contact gallery@eastendarts.org