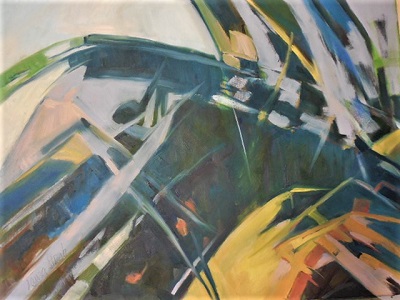 WATERCOLOR Killelea’s paintings, headlined as “exquisite watercolors” in a feature article in American Artists Watercolor magazine, were done on location during his travels locally, nationally and internationally. He is an inveterate plein-air painter who carries his brushes with him almost everywhere he goes and loves to connect with his subjects off the beaten track, and often without speaking their native language. He has written stories to accompany watercolors he did while traveling through Europe, Asia and the South Pacific. In the summer of 2006 he drove from NY to California and then through northern Europe recording 33 visual impressions as he went. “I keep trying,” says Killelea, “but there just doesn’t seem to be enough time to paint all the paintings I see.” He is on the Board of Directors, Chairman of the Regions Committee and an artist member of the American Society of Marine Artists, a US Navy veteran, and an avid outdoorsman. He is also on the Board of Directors of the Niagara Arts and Cultural Center (NACC). Most of his working life has been in newspapers as an art director and photo editor at Newsday on Long Island, the NY Daily News and the Boston Herald American, and later as a liaison between printers and the design staff at Curran & Connors, the nation’s largest producer of annual reports. Killelea’s watercolors have been exhibited in a variety of museums and art galleries, as well as numerous community displays. His work and bio are included in the Smithsonian Museum in Washington, DC and his paintings are currently on display at the Terra Cotta Gallery at Castello de Borghese in Cutchogue, NY. His paintings have been displayed in the Riverfront Art Center in Wilmington, DE, the Frye Art Museum in Seattle, WA, the Cummer Art Museum in Jacksonville, FL, the Museum in the US Merchant Marine Academy, Kings Point, and in the Vero Beach (FL) Art Museum. Two of his paintings were part of an exhibit in the Capital Building in Washington, DC and became part of the US Navy Museum collection in Washington. In February 2007, he had a major solo exhibit at the NY Mercantile Exchange in NYC. He is a graduate of SUNY Farmingdale and has attended Pratt Institute and the School of Visual Arts. He currently teaches classes and presents on watercolor painting at the EEAC and the Art League of LI as well as at Peconic Landing in Greenport, and upstate NY. He taught a weeklong workshop last August at the Bucks County (PA) Art Workshops and will return there in June 2010. His award winning work is in many private collections and has been reproduced on book covers and posters, in prints, magazines, newspapers, and on numerous greeting cards. His paintings and prose are the substance of two books he created to celebrate the North Fork, the first in 2004, “Wandering the North Fork”, and the second in 2006, “Seasons on the North Fork”. Killelea and his wife currently reside in Elma, NY. A copy of the American Artists’ Watercolor magazine article on his China painting is on his website killeleart.com.